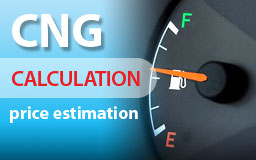 CNG: The Most Efficient, Economical and Ecological Choice

Compressed Natural Gas (CNG), as a derivative of natural gas, is the ultimate clean-burning alternative fuel. And for natural gas and other machines with engines that run on CNG, the benefits are both immediate and long-term.

Carbon dioxide (CO2) by 20 percent below those of gasoline vehicles

Its a national mandate to reduce our dependence on foreign oil. In 2006 (Langit Biru Program), less 2000 taxi and some bus of TRANSJAKARTA has to be convert use CNG.